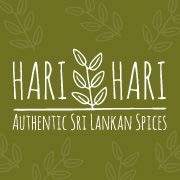 Turmeric Golden Milk is something I hear a lot about but never really paid it much attention. I do however pay a lot of attention to turmeric and with statements such as "powerfully anti-inflammatory, nourishing beverage packed with antioxidants, drink at night for restful sleep"

popping up on my social media feeds, I felt it was time to look into this drink. Turmeric is steeped in history. kew.org confirms that:

"Turmeric has been used in India for at least 2,500 years. It was recorded in China by 700 AD, East Africa by 800 AD and West Africa by 1200. It was introduced to Jamaica in the 18th century." It can be traced back a lot longer than many other commonly used spices today.

The huge body of research into turmeric and its potential health benefits is placing this wonderful spice firmly on the radar not just for cultural, historical and culinary purposes but medical ones too. I am no specialist in this area and am in no position to confirm or dispute the stated claims surrounding turmeric. I am just considering this rather popular drink, the ingredients, recipe (which we tweaked to our own preference) and what we thought of the beverage.

A different way with Turmeric

We add turmeric to nearly everything we eat. I spoon it into porridge, stuffing mix, curry, smoothies, omelette, casserole, stir fry, soup, cake mix ....you name it, we add it! So it wasn't such a huge step to give Turmeric Golden Milk a go.

But first, what is Turmeric?

Otherwise known as Curcuma Longa, it has an orangey yellow colour. It looks a little like ginger but with longer, 'finger' type extrusions.

There are many reported health benefits for the consumption of turmeric

yet there is one problem with it! The bodys' ability to absorb the

active ingredient in turmeric (curcumin) is known to be very poor. It

is suggested that by adding pepper (active ingredient piperine) the body

is able to absorb far more curcumin. So that keeps curry firmly on the

menu ; ) A very interesting article from the BBC 'Could Turmeric Really

Boost Your Health?" stated "that adding fat or heating it up makes the

active ingredients more soluble, which would make it easier for us to

absorb the turmeric." All this made me think, maybe there was more to

I bought a pack of Alpro Almond Milk. It was the only one my local

supermarket had available. I am sure other Almond Milk would be just as

good. I went for the original version to begin with due to its sweet

flavour. The idea of unsweetend Turmeric Golden Milk did not sound very

appealing. I later alternated between sweet and unsweet milk, sometimes

mixing the 2 for a less sweet tasting cup of Turmeric Golden Milk.

and build up as your tastebuds adapt)

1-2 tsp honey if you are after a sweeter flavour

Try coconut, Oat or cashew milk for an alternative flavour.

1. Warm the milk in a small pan over a medium heat. (You do not want the

2. Add the turmeric and pepper and gently whisk in.

3. If using any of the optional extras, add them in now too.

4. Stir well and just as it reaches boiling point, remove from the heat.

Turmeric Golden Milk gently heating up on the stove. I used my whisk

every so often to stir it, whilst ensuring it doesn't reach boiling

This recipe can be adapted as you wish. Add more or less turmeric,

pepper, ginger, honey. It is all down to your taste preferences. I

have to admit, I have become a little addicted to this drink and I hope

you enjoy your cup of Turmeric Golden Milk as much as I do!